Gill, Gibney and the Numbers 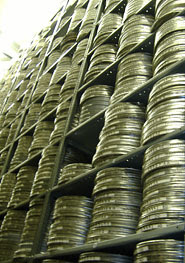 There’s been much ado lately about Mark Gill’s “Sky is Falling” speech. I read the speech, and the millions of other bloggers responding, but still have to ask – where’s the news here? And how does this apply to 99% of IndieWire readers?

In my job, I speak to filmmakers almost daily – young, old, established, emerging, successful, under-appreciated, good, spectacularly good, mediocre and incredibly bad. I’ve been doing this for more than 10 years now, and I have yet to meet the filmmaker that has had good things to say about the state of the industry – particularly as it relates to their film. Whether it’s the difficulty of raising funds, or the inability to make money back – even on films that are seen as successful – they all bemoan something. Even the types have horror stories about either troubles getting their film made, or not getting paid what they feel is fair. No news here.

Mark Gill’s analysis, even the parts I would debate, is fairly accurate, but pretty much meaningless to 99% of the indies I (and you) know. For most of us – those making truly indie films, and those watching them – not one of Gill’s thirteen disaster points mean anything to us.

Picturehouse, Warner Independent, etc and all – wouldn’t distribute most of the films that I've seen and/or supported this year, have nothing to do with what we call Indie, and are for all intents and purposes meaningless to us. I’m not saying I haven’t liked any of their films, or that they haven’t been important to the movie business. I am saying that few of these companies would ever pick up 99% of the films accepted to Sundance (or any other fest) anyways, and that whether or not they tank has no real impact on the majority of indies I know. For them, they haven’t truly had a distributor for their films since perhaps the early 90s, if ever. And they’ll keep making their films, their audiences will keep finding ways to see them – be it at festivals or online or through a hand-me-down VHS tape. So, for the rest of us, points 1-13 add up to possibly one thing- less parties to try to get into at Sundance, but not much more in terms of indie film.

Everyone in the film business seems to be completely aware that the entire marketplace is changing as a result of digital and its attendant changes, and that we better do something or end up just like the music business, but no one seems to be offering any good answers yet. Gill essentially offers two bits of advice – “Make fewer better” (from Goldwyn) and make sure there’s an audience for the films. Well, we all know this, but newsflash – that’s not going to stop the wave of digital crap that Gill thinks has come from the digital revolution. Go ahead and hold your finger in that hole Mark, but the deluge is going to break through. There’s a good chance you’ll make fewer films, but not much that the world will. (Don’t take that as a slight against Gill, it can apply to anyone). And while I have no bad feelings against Gill (we’ve never met, and I’m glad this speech was published), I do have to take exception to the idea that the digital revolution sucks. While none of these are "films" in the strict sense, I’m very glad that my 8 year old nephew turned me on to lego Star Wars, Kill Vader and that so many amateurs could inspire and star in Weezer’s Pork & Beans. I’m sorry, but once you see this stuff you can’t put down the revolution, even if none of those hundreds of thousands of viewers add up to quarters for your Vegas trip. It all adds up to something pretty cool for our culture, and I can't imagine that more people having access and making more media won't be a good thing in the long run, even if it means we have to work harder to break through the clutter.

As suggested in this piece, we should look to the music industry - Well, we’re not seeing less music being made, and frankly, I’m glad to have so much stuff to wade through – my musical selections aren’t making anyone a lot of money, but neither I nor the people making the music I like are in this game to make a lot of money. (Trust me, Ken Vandermark knows he’ll never be famous.) Same with most of the filmmakers I know – they are passionate about making films, want an audience and would like to just make enough to live on. The suits are in it for the major profit, and for them the sky is falling – it actually fell a long time ago, but all that dumb money kept the eyes glazed enough not to notice it. So, from the rest of us to all of you just joining us – welcome to our party, it’s not making us any money, but some of us are still finding what we want and having fun. What we need now is gatekeepers, but not the old types that spent a lot of money to get us to see that which we could do without, or that think that unless a film can gross millions, it wasn’t worth being made. The new “gatekeepers” needed are those that can help us wade through the junk to find the gems, and these gatekeepers will probably be my friends (or maybe just my nephew) as often as some studio division head.

A more important article in IndieWire was their excellent piece on Alex Gibney’s suit against ThinkFilm. The most relevant part to this discussion was the money – Gibney received $150,000 for selling the film to Think for 20 years – that’s a long time in this age, btw – and a $50,000 bonus for winning the Oscar. This in itself should be a wake-up call to all the indies trying to make their films. I assure you that Gibney spent more than this making the film – while many indies can get by for less than 100K, ITVS still finds an average cost per hour of $500K for indie docs aimed for public television.

Note further that Think has made just $275,000 on the theatrical release of Taxi to the Dark Side. Don’t make the mistake of doing simple math and think they are $75K ahead of the game here – they probably spent more marketing this film and releasing it theatrically than they made back. That’s even if they did they poor job of releasing it that Gibney claims. Now, this is a tough film – a film about a war that most of wants to ignore. None of these films are doing well, but this is a filmmaker with a track record, a well-known distributor and a lot of press. It is safe to say that 99% of indie docs made won’t do even this well. A quick perusal of IndieWire’s box office charts (from Rentrak) any given week will show you that few “truly” indies are doing any better at the box office. Even more interesting is to peruse the total theatrical numbers at The Numbers from 1995-2008. There are well-known Indie Distributors that in that entire time have made less than a million dollars on theatrical releases.

Now, we all know by now that theatrical only exists anymore to market the film. (I know, I know, and I love films in theaters as well). Most revenues will be made in ancillary, mainly , markets. No one tracks those very well, but you can find some sense of these at The Numbers and in talking to filmmakers who have been distributed. Guess what? These numbers don’t add up much either.

Bottom line- very few people are doing well in the film business. Kinda like in in general, but that’s another blog post. It’s about time that filmmakers wake up to this fact collectively, and come up with their own models. No one can afford to keep making films per the usual model. People are spending a lot more making their films than what they are earning back. I hope IndieWire can use this pair of articles to re-imagine what they can offer to us, their readers. I know them well, and don’t mean this as a strong critique, because they can only do so much, but I do think that more articles adding up the numbers and exposing what is and isn’t taking place in the market will have a much bigger impact on the indie film world than any iPop photo of the latest festival party (not that those aren’t fun).

I don’t have the answers here, but these articles did get me thinking – as well as many others who emailed me about them this week – that we need to really get some good heads together and think this stuff through, re-imagine what we are doing and come up with some new models. I’ve been speaking with many people about putting together some kind of forum for this soon, and if you want to be part of it, let me know.

Posted by BNewmanSBoard at 5:36 PM 12 comments:

Thanks to Mark Wynns for the tip. This guy's videos are always great, and this one sums up what's going on in the media world pretty well:

Posted by BNewmanSBoard at 7:33 PM No comments: