Be Kind to Rewind

I rarely do movie reviews here, and it's even rarer that I like a Gondry film (I couldn’t watch Human Remains) but I’ve got to jump into the critical fray on Be Kind Rewind, as I thought it was a perfect movie for the times – a zeitgeist film (though not a Zeitgeist one). Be Kind plays as a cinematic homage to YouTube. It’s about many things that are playing out in interesting ways in the media world right now. While made by an auteur, it celebrates “amateur” filmmaking, pushes a model of community/participatory filmmaking as superb to , not to mention the power of media to build community, and even while it gives sweet tribute to the VHS and theaters, its very much molded with the YouTube generation in mind.

In addition to the homage to YouTube, the film picks up on the remix culture of sampling and remaking through the “sweded” videos, and it definitely comes down in favor of opening up copyright in order to stimulate creativity. The film even gets in some digs at the and the ridiculous way it deals with what’s going on – scared to death of something that can help them.

It's interesting that Gondry picks Jazz as the underlying theme for the film – in the premiere he noted it's because he’s s fan, but I think it's more interesting because of the way Jazz has always been about re-mixing while paying homage; playing and improvising while still having rules; and riffing off established well-known tunes while building entirely new visions.

I think it's also interesting to see all the other realities of our society right now being dealt with so smartly. Witness the switch of power from the baby boomers to the new generation as Danny Glover and Mia Farrow – two real world activists from back in the day – begin giving up on their dreams just as the younger generation comes up with new ways to solve the problems. It shows the changing nature of our neighborhoods - not just the bad side of gentrification, which is very real in the film, but also in the possibility of working together. It also shows the continual decline of culture, even in the smallest ways, such as when local kids tag over the beautiful graffiti across from the store. Sure, it’s a joyous film and simplistic in some ways, but so are the opposing stereotypes. One of the best moments, and most hilarious, in the film is when Jack Black and Mos Def break into the rival, big-chain video store to steal a projector and find that behind the monolith is another struggling local businessman losing money. Nothing is as simple as it seems in this film.

But this scene is touching to me for another reason – one many people may find hokey on the surface – as the screen has been hung up over the front window, and we find an entire community watching with them on the other side of the screen. I can’t imagine Gondry wasn’t aware that in this he was once again talking about race in this scene. Race plays throughout the film. At the screening I attended, Elvis Mitchell went on a bit too long about this, but one can’t deny that this is a very sophisticated look at the nuances of race relations, and their history. While the digs at Driving Miss Daisy get laughs, you can feel that the pain on Mos Def’s face is real when he lashes out at Jack Black for the continued humiliation. Gondry wanted to film a remake of Back to the Future which would have been hilarious, but couldn’t because of legal issues. Interestingly, the reason he wanted to do it was to change the part where a white man gives the idea of rock to a black man. That one scene angered many in the black community, and Gondry wanted to “right” it in the sweded version.

So, what’s so poignant about this last scene? Many people don’t know this, but it was once common practice in many movie theaters, especially in the segregated South, to have the black audience sit on the back side of the screen and watch the movie backwards. Theater owners often had double sided theaters – one for white and one for black – and I am willing to bet this was not just an interesting trick for the film, but one that brings up race once again, but to say – look, on the other side of that screen was a community, and now they are part of the story.

Posted by BNewmanSBoard at 4:30 PM 2 comments:

With Profits in News

Todays NYTimes has a great article on how many nonprofits are starting to take a much more business minded approach to what they do, how foundations are considering these new models and even how some nonprofits are switching to for profit endeavors to help society. I think we'll keep seeing more of this, and I for one think that more nonprofits in the media world should be thinking like this. We're the best positioned, as media folks, yet most of us continue the same tired formulas. We're launching Reframe soon at my organization, and it takes what I call a with profit approach - using for profit models for social aims. More on that, and some other ideas we have up our sleeves soon, but in the meantime check out how Epals does it.
Posted by BNewmanSBoard at 4:23 PM No comments:

Email ThisBlogThis!Share to TwitterShare to FacebookShare to Pinterest
Labels: nonprofit

Random House announced today that they will start selling individual chapters of books for digital download. This may seem unrelated to film, but I think not. It's just another sign that companies need to start thinking about how their customers want to receive content and I think it has big implications for film. This is a wave that most obviously started with music - people wanting singles instead of the whole album, but I think the trend goes further back - its why digests have been important, for example. For many authors, the idea of someone only reading one of your chapters will be anathema, but it works well for certain types of content - indeed the trial run for Random House will be a business book ""Made to Stick: Why Some Ideas Survive and Others Die." Anyone who has ever read a business book can tell you that one chapter is enough!

I think this could also help people "preview" other books - download a chapter to your Kindle or your laptop and if you like it, buy the entire book. Free would work better, but its a good experiment, and NewsCorp announced, sure enough, that they'll make some of their titles available for free for a certain time. This should help people sample a work and see if they want to buy the whole thing.

I think this is relevant to film because many users of film don't want the entire work. Many professors, for example, might only want the "chapters" (like DVD ones) of your film that apply to what they are teaching.And why stop them, if you could make a sale? Sure, some might use it as a way to censor something, but they could do that by not showing a certain scene to the class on videotape, so that's not a concern to me. Sure, it doesn't give them your full artistic intent - but these buyers won't come to you for that, so why not make an extra sale on the content they want to see. I can also imagine viewers that just want to see the action scenes, or (more likely) just the chapter where people get naked, but as a filmmaker, if you can make another sale, all the better for you!

Its another way of versioning your content, and a good model to explore in film.
Posted by BNewmanSBoard at 7:32 PM 1 comment:

PBS and NEA Cuts and Indies 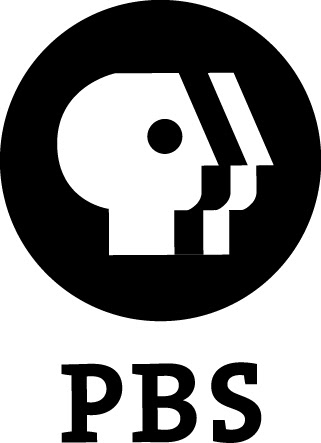 Via the NYTimes, President Bush has proposed major cuts to both the NEA and PBS. No, this isn't that old hoax email going around again - according to the article, Bush's budget "would cut in half the $400 million allocated in advance by Congress for fiscal year 2009 and cut $220 million from the $420 million already planned for 2010" for PBS. Furthermore, "President Bush proposed eliminating advance funds for 2011, along with any additional funds in 2009 for stations to convert to digital transmission, which is federally mandated. They are the deepest cuts yet proposed by the administration."

I don't usually post on NYTimes articles, but a quick perusal of some of my favorite film blogs tells me that perhaps this isn't getting enough coverage. Blame the strike, Sundance and Berlin jet-lag and the simple fact that this seems a familiar story. Personally, I actually wondered for a few minutes if I cared. The NEA hasn't been much of a force in indie film for awhile, and I can't remember the last time I just had to watch a PBS program. But, the reality is that the NEA is among the few funding sources left for both indie films and for the variety of orgs that support them - everyone from film festivals to regional nonprofits. I know the staff there, and they truly care about helping indie films, even if they have a limited budget. Public broadcasting includes gems like POV and ITVS, not to mention smaller groups that have even bigger impact in the field with tiny budgets, like NBPC and CAAM. I don't know how these cuts would impact their bottom line, but it can't be good.

More importantly, to me at least, these cuts come at a critical time for the field. PBS needs to be thinking about how to reinvent itself - it is sorely behind the time in terms of the digital transformation happening around us. Now, instead of focusing on being relevant in five years, they have to focus on keeping the pittance they get from Congress (much less than in other countries). The NEA has been consistently trying hard to do well, and they get cut while the Smithsonian - which seems to have broken every rule in the book - gets extra funding?? How does that happen?

The NEA remains a good source of support for the indie cause, and PBS maintains one of the few consistent outlets for indie film, so for that alone, people who care should be learning more and contacting those in power. Don't think it's going to just blow over. "Ken Stern, chief executive of National Public Radio, said in an interview that even though public broadcasters had been successful in fighting off past proposed cuts, this year could be different. “I worry that this gets lost in a whole lot of other issues,” he said, acknowledging that it was also “an incredibly tight budget year.”"

How do you get involved? Great question, and one which makes me think maybe they deserve this. Even as an informed person in the arts (I think), it took me fifteen minutes of advanced searching to find any action items regarding this. Awards go to Americans for the Arts for their action center regarding the NEA funding. I didn't find them on Google, but I had a hunch they'd be on top of things - lord help you if you just search for action links on Google. After searching for ten more minutes on every PBS site, and even their own activist orgs, I had to give up on PBS. Not encouraging.
Posted by BNewmanSBoard at 10:26 PM 1 comment: